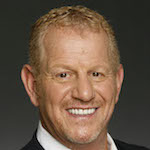 He joins from Sony Pictures where he was Chief Revenue Officer for FearNet and SVP of distribution for the Sony Movie Channel and Cine Sony. Prior to Sony, he was the founding COO for Ovation TV. He has also held executive positions at Hallmark Channel and Fox Broadcasting.