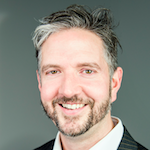 Pete Flamman has moved in  Viacom International Media Networks (MTV & Nickelodeon) to be its SVP Youth Entertainment and Kids & Family Brands for Southern and Western Europe, Africa and Middle East. Previously he was SVP Northern Europe.

Prior to this he was at Turner Broadcasting for almost 15 years latterly as SVP, CEO EMEA.