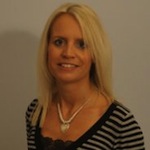 She joins from Coolabi where she was Head of Licensing. Previously she had roles at Chapman Entertainment, Beanstalk and 19 Entertainment.

Since its recent launch, the new Licensing division has already secured the UK and Ireland rights for the Miramax portfolio, which includes Pulp Fiction, Sin City and Kill Bill.