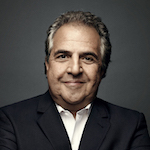 Jim Gianopolus has joined Viacom Inc. as Chairman and CEO of Paramount Pictures

He joins from  after 16 years at Fox Filmed Entertainment where he was Chairman and CEO. Prior to that he was President of 20th Century Fox International. He has also held senior positions at Columbia Pictures and Paramount.