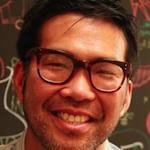 Eric Huang joins Made in Me as Development Director to head up new IP and brand development consultancy division. Starting out at Disney Publishing in LA, Eric moved to Melbourne, Australia, as Managing Editor at Penguin Australia. He then joined Aussie toy company Funtastic’s new book division as Publisher, after which he re-located to the UK as Head of Licensing at Parragon. In 2007,Eric took up the role of Publishing Director at Penguin UK’s Media and Entertainment division where he looked after Penguin’s IP and co-production businesses. After six years at Penguin Eric moved on to become Development Director at Mind Candy before joining Made in Me.