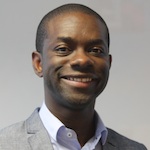 Edward Barnieh has joined Turner International as Programming and Acquisitions Manager, Asia Pacific. He will be based in Hong Kong.

He will be responsible for Turner’s acquisition strategies for its kids’ networks in Asia Pacific to further expand its offering of kids content, and will focus on channels including Cartoon Network, Cartoonito, POGO, Toonami, and Boomerang. Prior to joining Turner, he worked at Nickelodeon UK for almost nine years and Viacom before that.