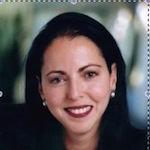 Janet Scardino joins Saban as COO, overseeing media operations across television, digital, and games, as well as content distribution and advertisement sales for all their properties worldwide.

She was most recently CEO of Viggle inc. and prior to that President of Branded Entertainment for 19 Entertainment CORE Media Group as well as holding positions at Reuters, The Knot inc., and AOL.